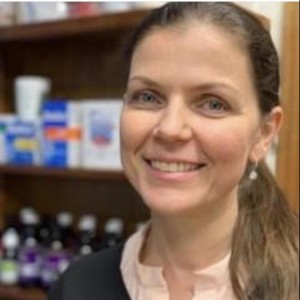 OCP Use and Nutrient Depletion

The oral contraceptive pill (OCP) has been in use for over 50 years. Approximately 50–80% of Australian women have used ‘the pill’ at some stage during their reproductive lives. Australia was the second country in the world to have access to it.

The OCP has uses in addition to contraception, such as reducing or ceasing menstruation, decreasing menstrual symptoms, managing dysmenorrhoea, endometriosis, acne vulgaris (common acne) and hirsutism.

There have been adjustments to the doses of active ingredients (progestins and oestrogen derivatives) to try and balance potential adverse side effects with continued efficacy. While this is a whole topic in itself, our article here focuses more on the depletion of certain nutrients when the pill is taken.

Nutrient deficiencies, such as B vitamins, vitamin C, and various minerals, have been observed during use.

Reduced riboflavin (vitamin B2)
Vitamin B2 is necessary for energy production, normal cell function and growth and is critical for proper functioning of the nervous, endocrine, cardiovascular, and immune systems.

Signs and symptoms of vitamin B2 deficiency include degenerative changes in the nervous system, dysfunction of the endocrine system, skin disorders, and anaemia.

Vitamin B6 (pyridoxine)
Vitamin B6 is involved in the metabolism of homocysteine, neurological development, immune function, and formation of haemoglobin. A deficiency of vitamin B6 has been associated with inflammation, anaemia, impaired glucose intolerance, depression  and confusion. It plays an important role in metabolism of neurotransmitters, such as dopamine, serotonin, glutamate, and gamma-aminobutyric acid (GABA).

Low plasma levels of vitamin B6 are associated with increased risk of arterial and venous thrombosis.

Deficiency of cobalamin (vitamin B12)
In a study of young women (age 25.2 ± 4.2 years) using an OCP, a significantly lower serum vitamin B12 concentration was found. Vitamin B12 is essential for synthesis and regulation of DNA, fatty acid synthesis, and energy production. The mucosa and cervical epithelium have high requirements for vitamin B12. It is also noted that users of the OCP have enlarged cervical and vaginal cells as a result of abnormal folate metabolism.

A vitamin B12 deficiency has been associated with a higher incidence of neurological disorders. I find this very pertinent in clinic, as many health conscious women also reduce their intake of animal protein, therefore sometimes the intake of B12 is also lower.

Reduced vitamin C
Vitamin C deficiency is particularly compounded in OCP users with non-healthy traits, such as poor diet and lifestyle choices. Vitamin C is involved in the synthesis and metabolism of collagen, carnitine and catecholamines, and the metabolism of tyrosine. A deficiency leads to poor wound healing, vasomotor instability, and connective tissue disorders. Calcium Levels
Long-term OCP use may increase the risk of reduced calcium levels. Calcium ions affect nearly every aspect of cellular life. Chronic untreated calcium deficiency can cause many severe consequences, including osteomalacia, osteopaenia, and osteoporosis.

Magnesium
Studies have found lower levels of magnesium in OCP patients than in non-OCP users. Magnesium is involved in over 300 enzyme reactions. A deficiency leads to muscle spasms and has been associated with anxiety, cardiovascular disease, type 2 diabetes, and elevated blood pressure.

Selenium
Studies indicate that OCPs interfere with selenium absorption and a deficiency of selenium has been observed in OCP users. Selenium is an antioxidant,plays a role in the functioning of the thyroid gland, the endocrine system, central nervous system, cardiovascular system, muscle function, and immune response. Deficiency has been linked to cardiomyopathy, osteochondral diseases, oxidative stress, and various chronic degenerative diseases.

Factors that influence the extent to which the OCP affects the health of a woman depend on her diet, activity level, genetic make-up, other medical history, other medications and ability to absorb nutrients.

While contraceptive choices have given women more freedom to plan a pregnancy and their family, it can have a high cost in terms of other parameters of health, both short and long term.

Considering other contraceptive methods and/or supplying those high demand nutrients with a targeted diet or supplements makes good health sense to support a woman through her fertile age and beyond. 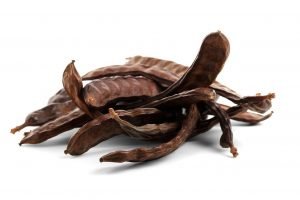 Any kid whose mum frequents or works in a health food store knows about carob. Not always with fondness…. Disparagingly referred to as ‘fake chocolate’, carob is made from the bean of the locust tree; they are extracted from their pods, roasted and ground into a powder. This is then combined with other ingredients to We wish all of our clients a Happy and Safe Easter period. We will be closed from Good Friday through to Easter Monday inclusive. Remember we stock some wonderful easter goodies so drop by and grab some delicious treats.

One of my favorite herbs at the moment is Magnolia. Most of us are familiar with the beautiful flower and its magical scent, but for herbal medicine, the bark is of particular interest. In clinic, we use it to calm the central nervous system, and help improve mood. It is able to do this through